The Recognition Award is given to an individual athlete, official, or team official for their participation, performance and/or contribution at the local grassroots level over a relative short period of time. (i.e. week or month).
Joey Simmonds received the Mt Pearl Sport Alliance Recognition Award for January 2011 for the exemplary  manner in which he  achieved his Orange belt in Kenpo Karate. Joey has been with the Mount Pearl School of Martial Arts for two years and  has progressed well this past year. He had excelled  since Sept and has applied himself heart and soul into the program. His training at home,  plus his determination,  has made a significant difference in his progress. On January 20, 2011 he pushed out over 75 military style, continious push-ups as part of the process of attaining his Orange Belt. 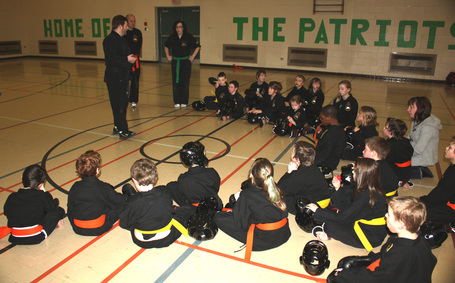 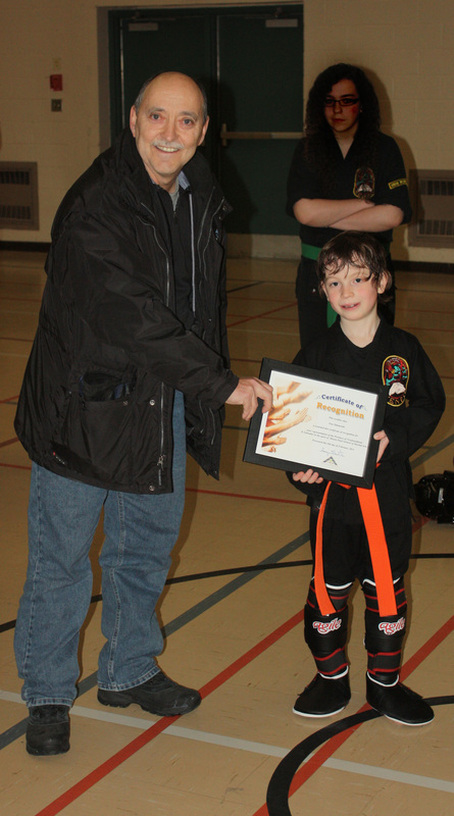 Larry Billard of the Mount Pearl Sport Alliance presents a Certificate of Recognition to Joey Simmonds on February 13th, 2011 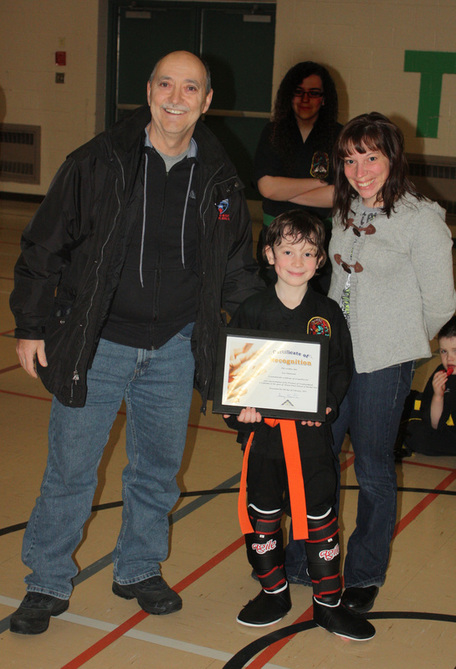 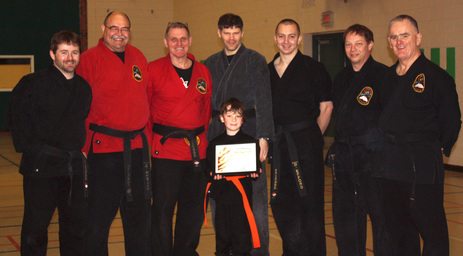