We are very fortunate to have such a talented group of instructors to teach our members. 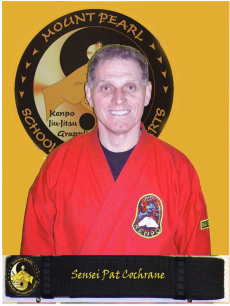 Pat Cochrane is the owner, operator and Head Instructor of the Mount Pearl School of Martial Arts (MPSMA).  He has been involved in the martial arts since 1988 .

Before entering the world of martial arts, Pat was an accomplished athlete in the sports of hockey and baseball achieving recognition in the Sports Hall of Fame. He also coached at the minor, junior and senior and national levels.

His experience and overall conditioning as a former athlete and competitive runner were decided advantages and with dedication and hard work he received his Black Belt in Kenpo Karate in 1993. Since that time he has remained active in his own training while instructing both adults and children. He has participated in all levels of tournament kumite and kata. He traveled to Ottawa to train under World Kubodo Federation founder and Therien Jiu-Jitsu owner, Hanshi John Therien.  He has also trained with World kickboxing legend, The Ice Man, Jean-Yves Theriault. In the role of builder, Pat has been an active Director of the Kenpo Association of NL for many years.

He is also involved with The Mount Pearl Sports Alliance and its community groups as well as with The Community Policing Program.  The MPSMA was the first club to hold Kick Boxing Dinners at The Reid community center, with proceeds going to the benefit of local charities.  Pat takes pride in being able to make participation in the martial arts affordable to the residents of Mount Pearl and the surrounding area.

With the help of his valued instructors and assistant instructors, Pat re-vamped the MPSMA program to include a mixed martial arts regime that is second to none in Atlantic Canada. The school has the highest teacher-student ratio in the province and enjoys the distinction of being the largest multi-disciplinary martial arts school in the province as well. 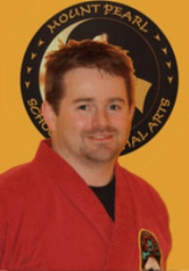 Roger Miller became involved in Kenpo in 1985 at the age of 9 and received his black belt in 1992. Most of Roger's training was under the instruction of Sensei Garry Temple in the Marystown Kenpo club and Jacques Fontaine Kenpo club, which was founded by Roger and Gary.

​Roger has been active as an instructor for 14 years and is one of the senior instructors at the Mt. Pearl School of Martial Arts. Roger is currently the President of the Kenpo Association of Newfoundland and Labrador. 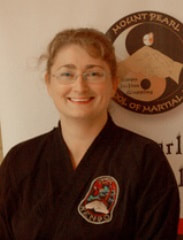 Lisa Canning  is a manager with a local company. She joined the MPSMA in 2008 and due to her dedication, hard work and attitude she achieved her Black belt in 2013.

Lisa is an avid yoga practitioner and studies Muay Thai and jujitsu as well.

​The confidence Lisa has developed in her self-defense abilities allows her to indulge her great love of  travel. She works very well with the younger students and is a wonderful role model for the other ladies in the club. 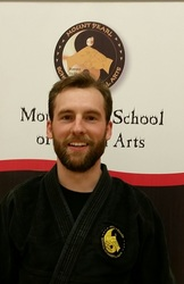 Michael Williams began his martial arts training in 1997 at the age of 11 under the instruction of Sensei Jake Rideout. He joined MPSMA in 1999 with the rank of Green, after the CBS club closed. Over the next few years Michael began training in the adult class and earned his way up to Brown belt. In 2003 he took a hiatus from martial arts while completing his post-secondary education. In 2013 Michael returned to MPSMA and was awarded his Black belt in June of 2015.

He has also taken up an interest in Brazilian Jiu Jitsu over the past few years and currently has a Blue belt under Jiu Jitsu Black belt Paul Woodruff of Republic Jiu Jitsu. With two first place finishes at local tournaments, Michael has seen the effectiveness from this system and both himself and fellow instructor Lisa Canning (also a Blue belt from RJJ) have begun to incorporate their experience into the MPSMA’s grappling program.